Yesterday was my second day of training for the Camino in August. Our goal was to complete 10+ miles around Upper Newport Bay near our house. My wife Kathryn and I left the house around 9 am and started walking under typical June overcast skies. Here’s a photo of me at the start. 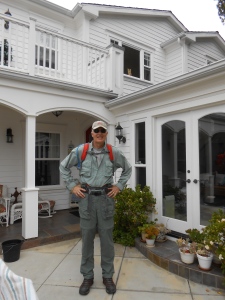 A few blocks into our walk, we said hello to a man walking his dog and he asked if we were in training for something. When we answered yes, he immediately guessed “that Camino thing.” His name was Jack and he said his wife Joy was talking about it and encouraging him to go. He suggested that we poke our heads into their house a few doors down and introduce ourselves. Joy was very surprised to see us but was excited to hear about our trip. She said she was planning to walk the Camino someday whether Jack went along or not.

A few blocks later we were stopped once again by a jogger named Mike who asked about our gear. He had heard about the Camino but he was talking to his family earlier that day about their trip hiking in the Pyrenees next summer. They’re not planning to hike the Camino, but it sounds like a great trip nonetheless.

So now we’ve been on our hike less than 30 minutes and we’ve already spent half the time talking to interested people who are excited to hear about our adventures. Wearing backpacks must send out a secret message of fraternity. I know that works on the Camino but I didn’t know it worked in Orange County, California.

Thinking back to my first training hike, I recall meeting another couple who were wearing backpacks. Of course I had to ask them what they were training for. Turns out they were heading up to Mt. Whitney in July. For those who are not familiar with it, Mt. Whitney is the tallest mountain in the continental US, roughly 14,500 feet tall (4,420 meters). It’s a bucket list adventure and worth every minute suffering in the thin air.

Back to sea level, which you’ll notice in the pictures below, Kathryn and I cruised around the upper bay in about 3-1/2 hours and we didn’t see any more people wearing backpacks.

In the next blog, I’ll share my effort to learn “real” Spanish. 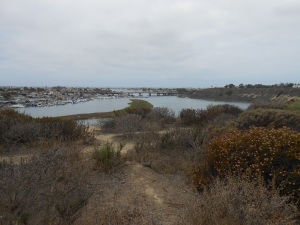 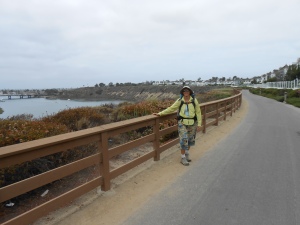 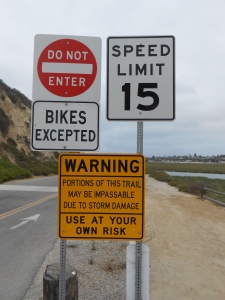 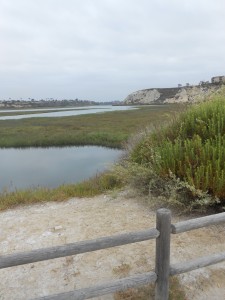 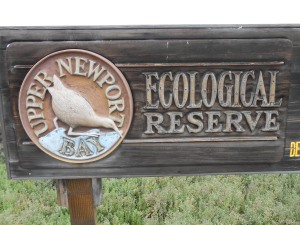 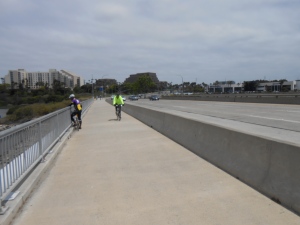